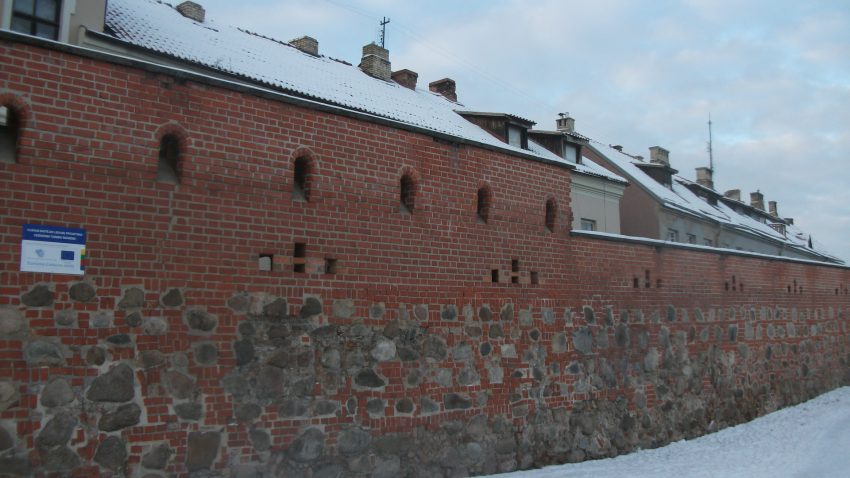 It is thought that a settlement existed on this site before the times of Gediminas and even Mindaugas (killed in 1263), in the 12th century

There are several interesting buildings on Bokšto Street 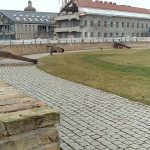 The Bastion of the Vilnius Defensive Wall (II)
The architect of the Vilnius Bastion is unknown. The building that rose in the early 17th century is attributed to the period of late Renaissance and in that period Vilnius did not have a municipal architectThe wars of the mid-17th century and the 18th century weakened the military power of the Grand Duchy of Lithuania. The army led by the Russian Emperor Aleksey Mikhailovich approached Vilnius in August 1655 and seized the cityWhen Vilnius was liberated in 1660, the city's defensive fortifications needed repair. However, there was not enough funds and the citizens were unable to maintain defensive fortifications, supply them with arms and gunpowder and provide securityAll photos are copyrighted by Vladislav B. Sotirovic© Vladislav B. Sotirovic 2020
Continue Reading 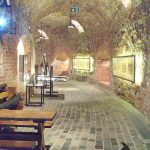 The Bastion of the Vilnius Defensive Wall (III)
A semi-circular corridor of the Bastion of Vilnius, where cannons were lined up at embrasures, was called a casemate. A special platform with a parapet for heavy artillery was built on the terrace of the bastionA 48-m long, 2,8-m wide and 3,5 m high impressive tunnel leads from the tower to the underground casemate. Cannons brought to the tower would be rolled down this tunnelThe main part of the Bastion of Vilnius is the casemate. It is an underground horseshoe-shaped room for cannons. The casemate forms a semicircle around a 3-4 metre-high hill heightened with sand. From the outside the façade is 8 m high, and sloping, and is built from bricksAll photos are copyrighted by Vladislav B. Sotirovic© Vladislav B. Sotirovic 2020
Continue Reading 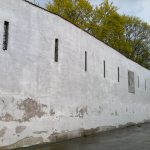 The Defensive Wall of Vilnius
It was not until 1503 when Grand Duke of Lithuania and King of Poland Alexander Jagiellon granted a privilege that the construction of the wall began. The year 1522 is considered to mark the end of the construction, when Grand Duke of Lithuania Sigismund the Old exempted the residents of Vilnius from the duty of keeping guard at the castle and ordered 24 guards to be posted at the city gatesThe length of the defensive wall was 2,5 kilometres having 10 gates. The wall surrounded the territory of today's Old Town, approximatelly 100 hectars. The foundation of the defensive wall was built of stone, and bricks were mainly used at the level of loopholes and higher. The was was adapted for defence with gunpoweder-operated firearms Until the late-18th century, the Vilnius defensive wall was frequently renovated. The wall served for the last time in 1794 during the uprising led by ...
Continue Reading 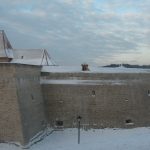