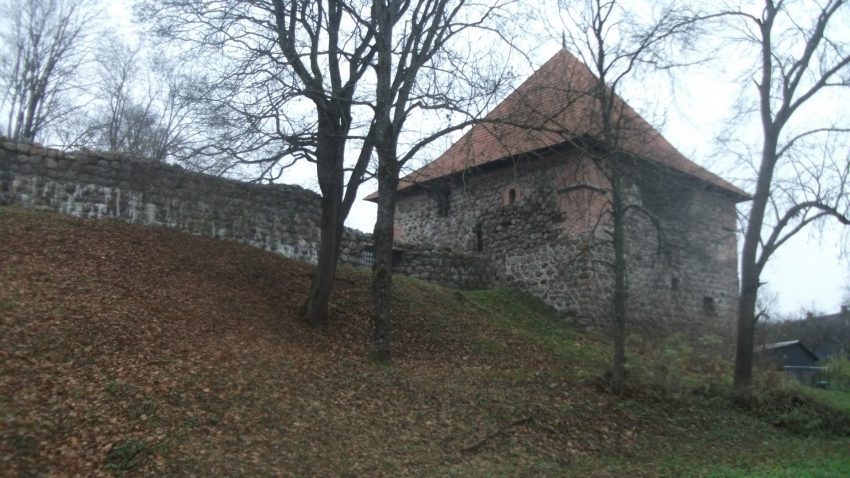 Lithuanian Grand Dukes Švitrigaila and Žygimantas Kęstutaitis resided in the Trakai Peninsula Castle. The first castle was made of wood. Later it was made with brick and had 10 defensive towers that were joined by a wall that was 10 meters high

In 1655 during wars with Russia and Sweden, the Trakai Peninsula Castle was destroyed and not rebuilt

A few sections of the wall survived, while the southern tower of the Trakai Peninsula Castle was rebuilt. Medieval fairs were held in the courtyard 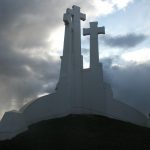 The Hill of Three Crosses
Three crosses are believed to have first been erected on this hill above the Old Town of Vilnius in the 17th century to commemorate a group of 14 Franciscan monks from a nearby monastery who were martyred in the 14th century The monument has changed several times. The present one was built in 1989 to replace one that had been removed by the Soviet authorities in the 1950sOne of the best panoramic views of the Old Town of Vilnius is offered from the Hill of Three CrossesAll photos are copyrighted by Vladislav B. Sotirovic© Vladislav B. Sotirovic 2020
Continue Reading 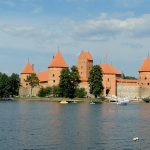 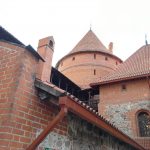 Island Castle of Trakai
Until the 15th century, the castle was the residence of the Lithuanian Grand Dukes. The complex was built from the beginning of the 14th century to the beginning of the 15th century The castle is comprised of two parts - the bailey and the residential palace, which is divided by a canal, which at the same time was filled with lake waterThe castle is surrounded in a circle by a two-story wooden galleryAll photos are copyrighted by Vladislav B. Sotirovic© Vladislav B. Sotirovic 2018
Continue Reading 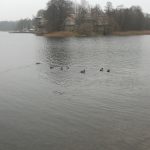 Water-Sport Facilities of The Trakai Historical National Park’s Lakes
The largest lakes, such as Galvė, Skaistis, Bernardinai (Luka), and Totoriškės are connected together. All of them are offering great facilities for all kinds of water-sports on the lakesThe Trakai Rowing Museum has display objects from the beginning of the rowing sport in the mid-19th century up to the present, including championship trophies and prizes, and also a 19th-century sporting boatIn New Trakai exists Varnikai Botanical-Zoological Reserve Nature Trail All photos are copyrighted by Vladislav B. Sotirovic© Vladislav B. Sotirovic 2020
Continue Reading
The Hill of Three Crosses
New Trakai – Guided Sightseeing Tours
Island Castle of Trakai
Water-Sport Facilities of The Trakai Historical National Park’s Lakes
FOLLOW US ON SOCIAL MEDIA