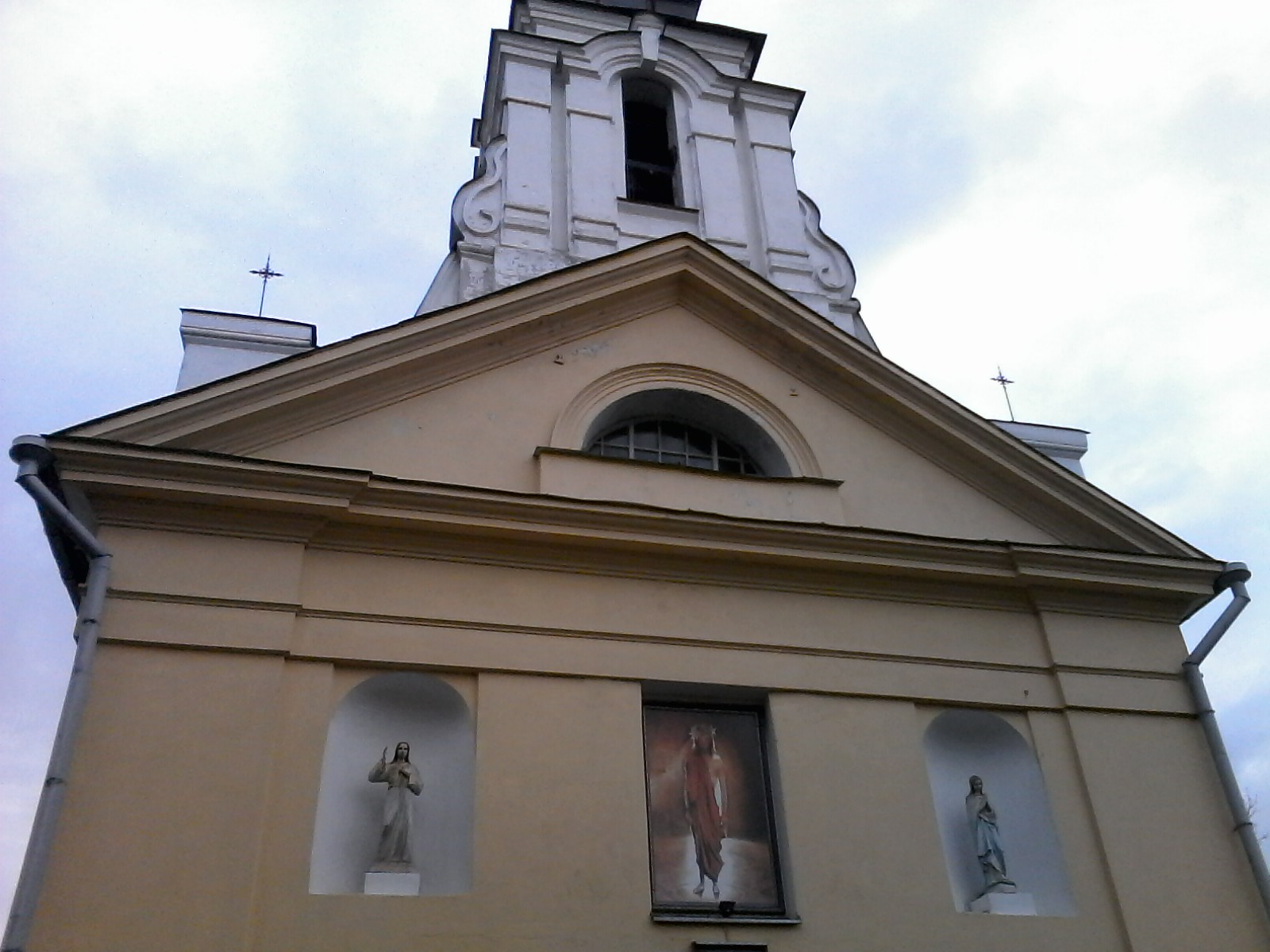 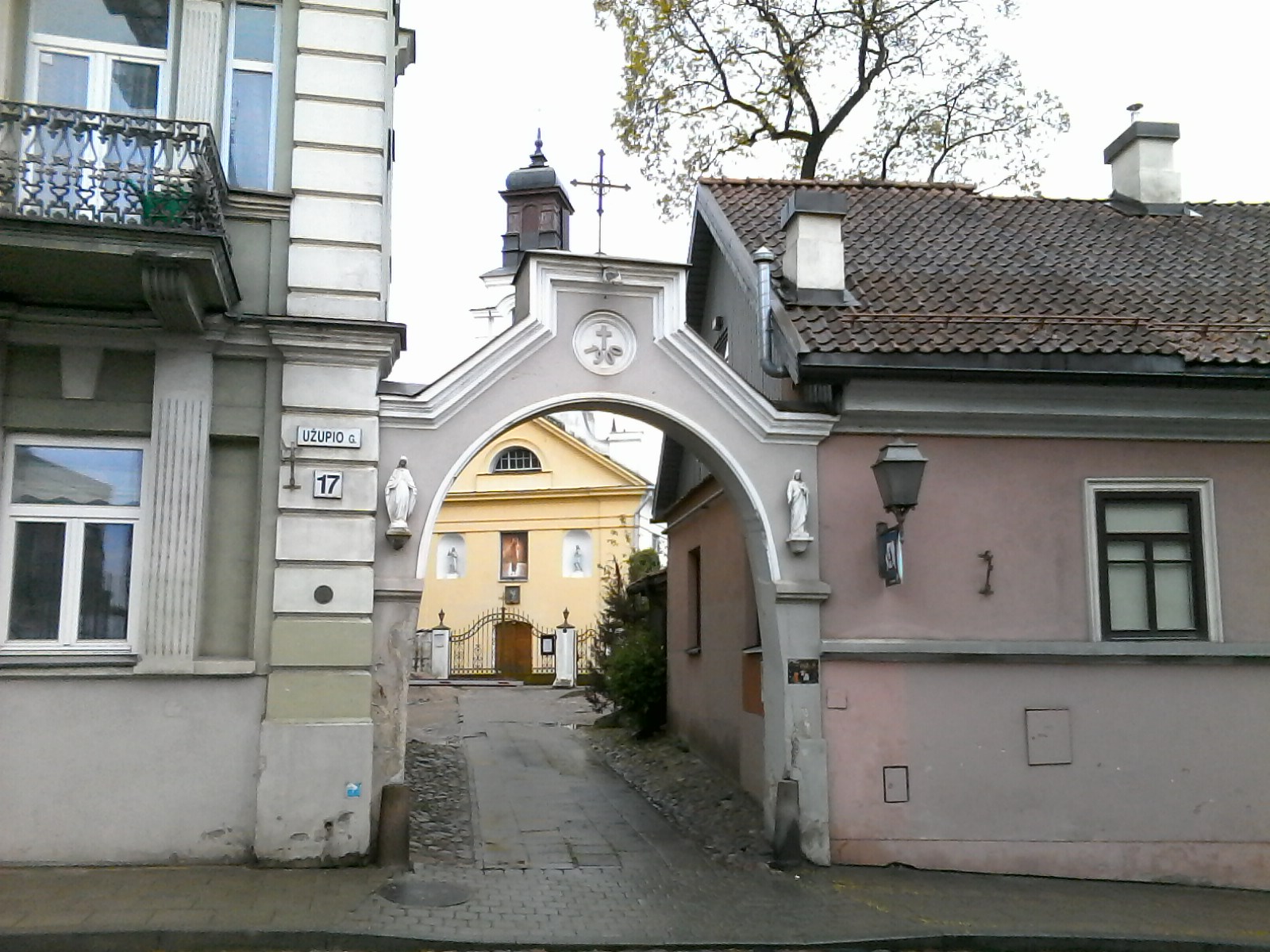 The Church of St. Bartholomew is located behind the gate, in a courtyard, in the district of Užupis in Vilnius across Vilnia River. Probably, the church is smallest in Vilnius 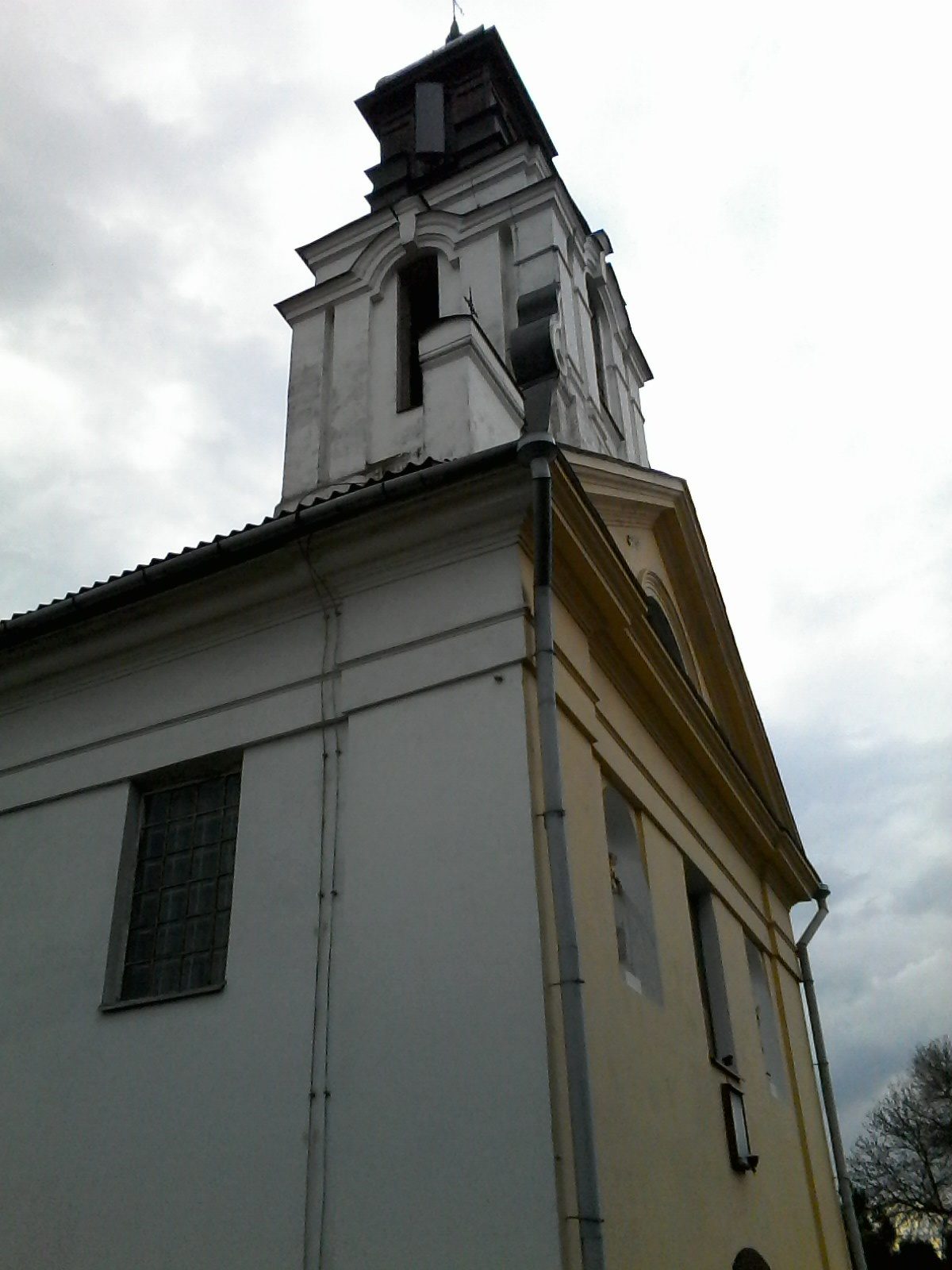 The first wooden church on this place was built up in the mid-17th century but soon was burned down and in 1788 was replaced by a Classical brick one. The church acquired its present-day form at the end of the 19th centyry when the tower was added 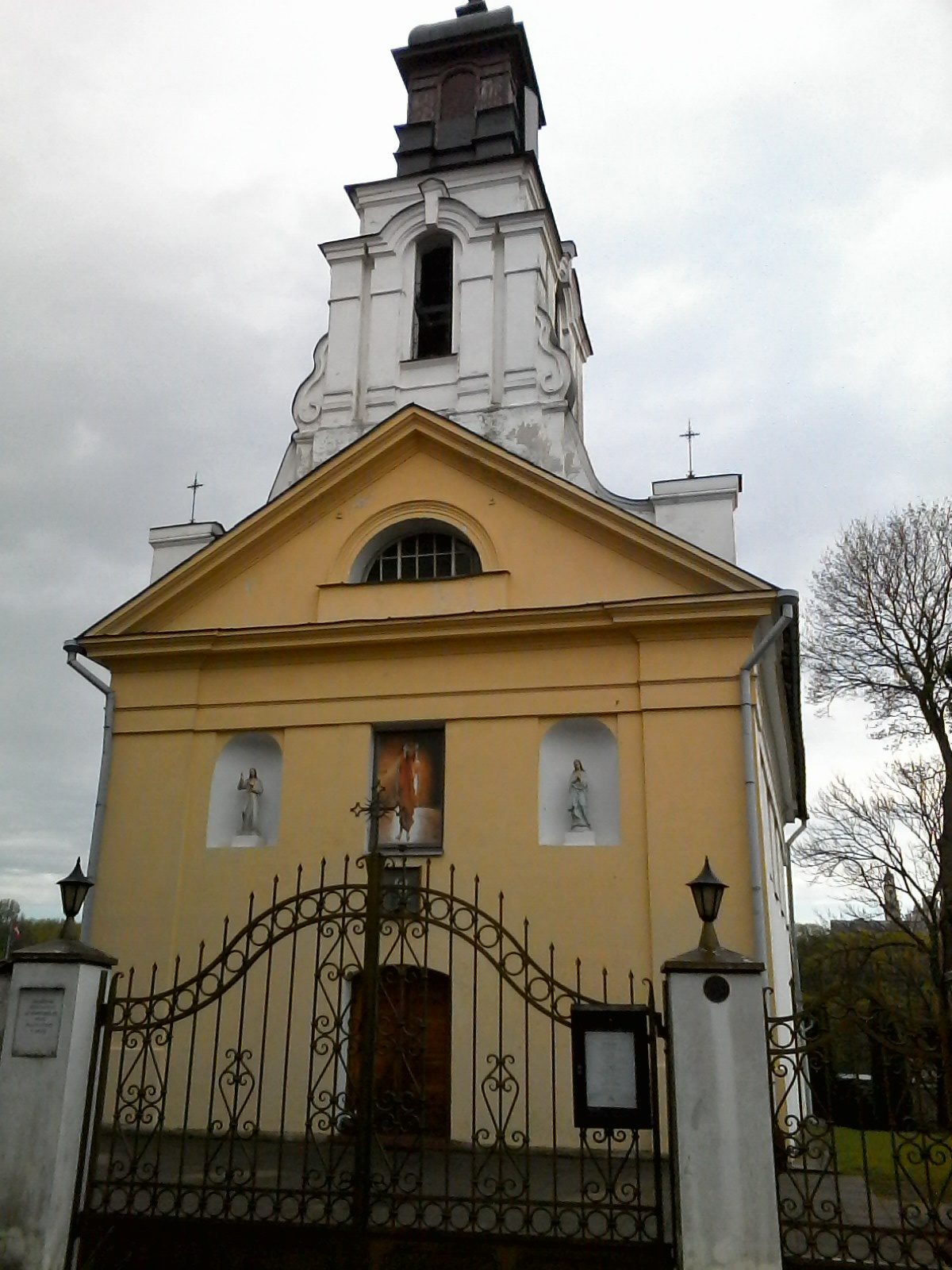 During the 1794 uprising, the church was damaged and rebuilt as late as 1824 in the eclectic style. A belfry was erected in 1881 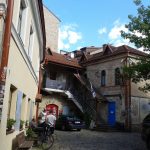 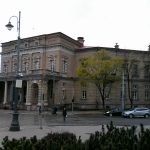 The Wroblewski Library of the Lithuanian Academy of Sciences
The Library of the Lithuanian Academy of Sciences was established in 1941 together with the Academy of Sciences, in the building of the former State Wróblewski LibraryBetween two world wars, State Wróblewski Library was one of the largest libraries in Vilnius. It was founded by lower Tadeusz Wróblewski. In 1941, the new Library inherited from it some 163.000 volumes, more than 35.000 manuscripts, large collections of numismatics, cartography, and artworksAfter WWII, the Library was supplemented by extensive collections from other libraries. Today, its stocks count more than 3.77 mln itemsAll photos are copyrighted by Vladislav B. Sotirovic© Vladislav B. Sotirovic 2020
Continue Reading 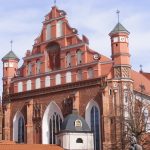 Church of St. Francis and St. Bernardine
The main façade of the church includes two small towers, while further there is an octagonal bell tower, and a tympanum adorned with wavy Baroque contoursThe church is large, with a length of 42,2 m, area of 24 m, and height of 19 m. Many famous Lithuanian-Polish nobles are buried in the churchThe church had a defensive role, which was typical of the churches of the Grand Duchy of Lithuania. The church was possessing four towers and a gallery with firing openings under the roof All photos are copyrighted by Vladislav B. Sotirovic© Vladislav B. Sotirovic 2020
Continue Reading 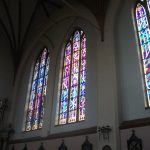 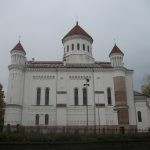 Russian Orthodox Church of the Blessed Mother of God
The church is endowed by Juliana, the wife of Lithuania's Grand Duke Algirdas (1345-1377) and mother of Lithuania's and Poland's ruler Jogaila. Grand Duke of Lithuania Jogaila baptized Lithuania in 1387. She was buried in the churchFragments of Gothic masonry have survived in the bottom part and in some segments up to the top. The present façades and the cupola imitate Georgian medieval architectureIn 1415 the church was transformed into a cathedral. In 1511-1522 it was reconstructed by Prince Constantine Ostrogsky. In 1516 Helen (a Russian Orthodox), wife of Alexander Jagiellon (Polish King and Lithuanian Grand Duke) was buried there. In 1609 the cathedral was given to the Uniates (Greek Catholics). In 1865-1868 it rendered its present appearance, and it began to function as a church again All photos are copyrighted by Vladislav B. Sotirovic© Vladislav B. Sotirovic 2018
Continue Reading
Užupis Art Incubator (1)
The Wroblewski Library of the Lithuanian Academy of Sciences
Church of St. Francis and St. Bernardine
Church of St. Anne (Interior)
Russian Orthodox Church of the Blessed Mother of God
FOLLOW US ON SOCIAL MEDIA